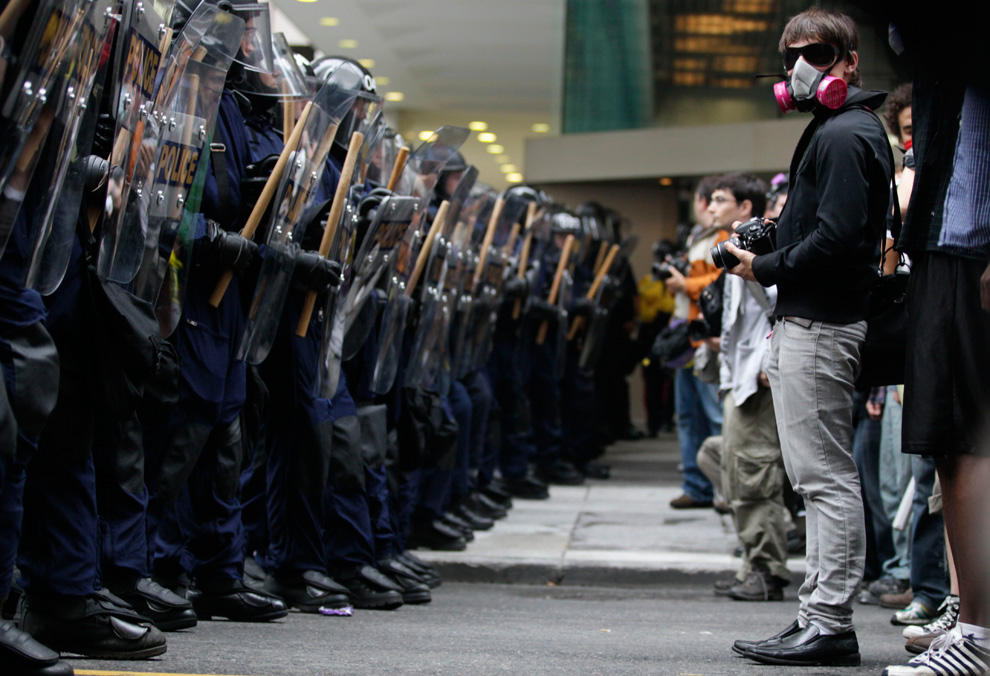 The Harper government is preparing to spend close to $1-billion on security for world leaders gathering in Ontario this summer – meetings in which one of the top items on the agenda is reining in state profligacy.

The soaring security bill for safeguarding the late June Group of Eight and Group of 20 summits is now several orders of magnitude greater than the costs of similar meetings in Japan and Britain.

Follow the billion
The Toronto G20 primer
The Canadian government disclosed Tuesday that the total price tag to police the elite Group of Eight meeting in Muskoka, as well as the bigger-tent Group of 20 summit starting a day later in downtown Toronto, has already climbed to more than $833-million. It said it’s preparing to spend up to $930-million for the three days of meetings that start June 25.
credits